Author of Films and Fathers, One Last Cruise, The Cat Competition and The Angel of Eddystone
Home » Blog » Philomena 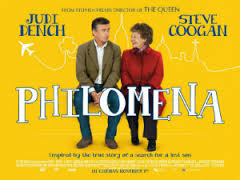 If we judge a film on its ability to make us cry and laugh, then Philomena surely surpassed expectation. The audience of 500 people I saw it with seemed universally moved. Yet how strange, it was not as though we could have fully comprehended Philomena’s loss or the injustice against her. I doubt if there was one person in the cinema that had suffered in the same way. No, it was the film’s ability to show clearly how the young and innocent are taken advantage off in our world and how much greater that injustice feels when inflicted by such a mighty power. That’s what hit home. I’m sure nearly everyone there had suffered some example of that in their life.

Was the injustice she felt so unpalatable because the mighty power in question was so duplicitous? So untrue to their own ideology?

The major theme in the film for me was the contrast between Philomena and Martin, they were the proverbial chalk and cheese. Martin, or Mr Angry, a cynic, a believer that power corrupts. A man that does not suffer fools gladly. A man that would prefer to live a truth, however dark, with no sprinkle of sugar to make it palatable. He prefers reality served up cold and plain like the corpse on the mortuary table, ready for autopsy. 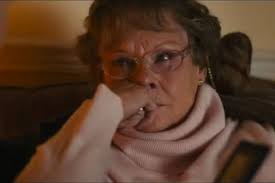 Philomena is hopeful. A dreamer. A believer that everything works out OK in the end. Her open and free description of the ecstasy of sex with her first boyfriend was beautiful in its clarity and plainness. How wonderful was her naivety of the social norms of how that should not be discussed. For Martin, her faith fits well into his perception of her overall naivety.

The film did well to show their relationship. That he found it difficult to put up with her positive and open stance on the world. That she complimented everyone so freely. The irony was that in a time of his career where his self-esteem was so low, he would relish one of her compliments. It seemed important to Martin, almost the backbone of his survival instinct, to believe that the world had to be difficult and that there was wrong doing everywhere.

Philomena displayed great courage despite her hard upbringing. A childhood that left her uneducated and reliant on conviction and intuition. 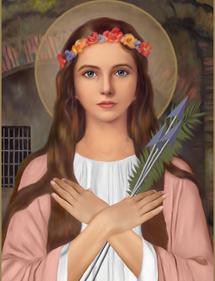 Her forgiveness of the nun, Mother Barbara, was I felt the only unbelievable part of the film. That not only could she forgive the women who had denied her a relationship with her son, but that she did so with apparent ease. It appeared instantaneous and that she was actually more anxious about Martin’s vehement attack on the nun and the church. For his career had ended earlier than it should via an equal injustice. It did seem that he was projecting some of his anger from the wrongs he had suffered onto Mother Barbara to even the score.

But perhaps my disbelief is only a mirror of society’s automatic response to injustice and wrongdoing. Its difficulty with forgiveness. Its struggle with letting go of the past and the holding on to the memory of a wrongdoing, letting anger and bitterness fester.

As they arrived at the convent we wanted a fight. Our hearts were screaming FIGHT, FIGHT, FIGHT. Blow up the building, get them all in jail! How shocking then to see Philomena almost tranquil and steadfast in her forgiveness. For we wanted blood and she wanted peace of mind. Her forgiveness was not for the sisters, it was not a weak giving up of her moral victory and right to revenge. It was her desire to live out her life in peace, knowing that her hatred would serve no purpose, and would only distract her from the knowledge that to see the truth clearly is the blessing that would bring her happiness. Her understanding of forgiveness is based on her deep gut wisdom, which washes away any thought that she is naïve.

I would love to have that quality of letting go so easily. I guess I’m half way there, but for Martin he clearly felt that she did not know the gravity of the injustice against her, how could she, for if she did, she would never be able to forgive.